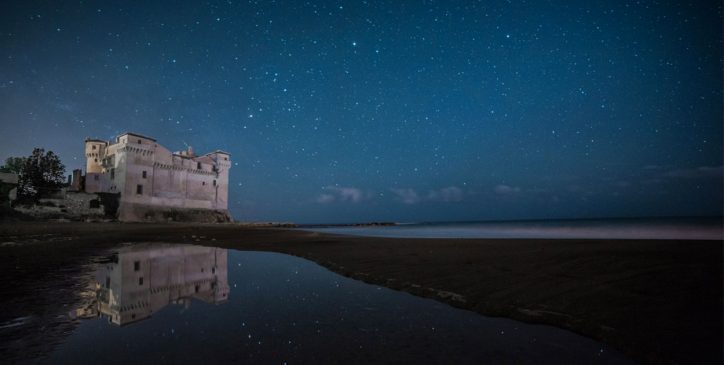 The Castle, with its current rectangular-shaped structure and enriched with corner towers is in the XIV century. The Manor, through a bridge, is joined by the Fortress to the imposing Saracen Tower, an ancient cylindrical fortification, formerly called “the Tower of the Castle”, built in the mid-ninth century by Pope Leo IV and, following continuous renovations, has come to us in its last structure, dated between the XVI and XVII centuries.

Over the centuries, the walls have undergone various enlargements, evidence of the growth phases of the settlement. The last ring, turreted and embattled, preceded by a moat, required in the XIV century. Property of some noble Roman families, between XIII and XIV centuries, the Castle was, subsequently (XVI – XVII century), a place of rest and stay favoured by several the popes, such as Leo X, Gregory XIII, Sixtus V and Urban VIII.

In 1482, Pope Sixtus IV donated it to the Order of the Holy Spirit who administered it for five hundred years, until 1980. After the XVII century, it followed a long and slow decline and in 1943 Germans used it as a strategic military post. Currently the monumental castle is property of Regione Lazio and represents a heritage of inestimable value both historical and cultural.